As invitations to Google’s latest grand project, Google Wave, begin to drip into the wider community even the geeks are finding they could use someone to hold their hand.

At first glance, Wave looks like an email. But then it is a real-time conversation. And a document creation tool. And suddenly it’s hard to grasp what you should actually do with it. Or what it could ever be good for in ‘the real world’.

This week a user manual has been released to the web, providing that leg up so many crave. To whet the appetite, here are a few key ideas you need to know about Wave. If this sounds good to you, hit the manual for deeper insights.

In real terms, that means Wave is both the space in which you share messages and the space in which you collaborate. Email is a system for writing messages about other things you are working on. At its most basic, Wave can be that simple while keeping all messages on a particular discussion in a single document. No copies of copies. No threads to track. No ‘sent’ versus ‘received’. One ongoing message to rule them all. Wave is also a live environment where you can collaborate in real-time. Messages, documents, or meetings can be created and run using Wave.

2. Wave is not just ‘some Google thing’

It will be as public as email: Don’t think of Wave as ‘Google Wave’, some product Google has cooked up that you must use through their system. Wave is open source and federated, which means that, just like email, anybody can start setting up Wave servers for their own domains. And like email, new software solutions will emerge that gives you desktop access to your Wave accounts. Essential if Wave is to become a part of everyday life and business.

3. You can embed data into Waves

Wave can also be a rich media environment. You can embed live web data like a feed from a website or embed ‘gadgets’ that are small applications similar to desktop widgets (like audio and video conference call tools, mind mapping tools, or for a quick break, Sudoku). There is even a system for adding ‘bots’ that will automatically keep a wave tidy, or convert things you write into more useful references – like Wikipedia links or even automatically creating polls people can vote on.

Today email is often more of a distraction than a central part of our workflow. If your company starts testing Wave for internal collaboration, you begin to embrace a tool that will combine messaging back into the heart of where work really gets done. With all of the above opportunities presented by Wave – real-time collaboration blended into a messaging system, running on your own servers and your own domains, with the ability to add live data, applications, services, and virtual robotic servants – the picture of ‘email for the 21st century starts to look like a reality the business world could really use.#Seamus Byrne is a technology journalist and the founder, director of creative, and host of Byteside.

Not all conversations are markets

A beginner's guide to knowledge management 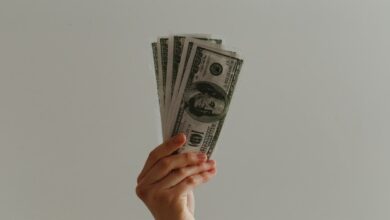